Aeons - Beyond The Satellites (Radio Edit) 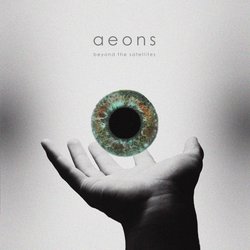 'Beyond The Satellites' is the debut 5-track release from fresh-faced Sydney bros Lance Gurisik and Josh Matysek.

The full 5-track EP, in high-quality format, is available for free download from AEONS.BANDCAMP.COM and MYSPACE.COM/AEONSSOUNDS.

Forming a year ago after deciding there's little to no money from playing in Blink 182 cover bands, AEONS bought
some hardware and stared at it until a song popped out. They gave this song to a mysterious person called The
Internet, who propagated the tune far and wide.

Before they knew it, AEONS were looking more attractive to females, playing the Parklife festival in Sydney,
gigging at Sydneyʼs biggest clubs, recording jams with Russ Chimes, Dappled Cities, Hot Little Hands and
Diamond Cut and remixing the likes of Lisa Mitchell and Deep Sea Arcade.

It sends a strong statement for this spanking new electro outfit from the suburban sprawl of Sydney’s west. AusPoP, Australia's largest indy pop blog as "Hands down the strongest independent slice of goodness we've heard all year"


Written by Lance and Josh a year ago, Beyond The Satellites is the title track the boys debut EP. They teamed up with Sydney producer Diamond Cut ( the man behind Cassette Kids, Matt Van Schie and... Delta Goodrem) to create electronic love song from beyond..

Other tracks by Aeons: Via Lactea  -  Raise Your Flag
%