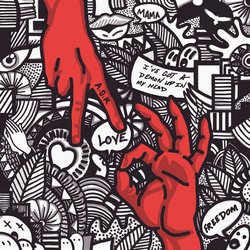 Breaking out in early 2018, the stirring ‘17 Again’ and its inspirational music video found Adrian sharing his journey of overcoming suicidal thoughts and mental health issues after weighing a life-threatening 270kg at seventeen years old. Provocative, aspirational and instantly memorable, the track launched the South Australian native into the Australian music consciousness, with major support from Triple J and universal praise from the public and industry alike.

After dropping their name on that very song, Adrian quickly found himself touring Europe alongside his childhood heroes, fellow South Australians the Hilltop Hoods, in support of their comeback single ‘Clark Griswold’. His guest appearance on the track and in the music video went on to win the Best Urban Release Award win at the ARIA Awards.

After being invited on a massive regional tour with Thundamentals in 2018, not to mention sold out debut shows across the Australia’s East Coast, Bigsound Festival, Falls Festival, Groovin’ The Moo, Party In the Paddock and a rousing performance at Splendour in the Grass, Adrian Eagle will now embark on the A.O.K tour, his biggest headline shows to date – playing Adelaide, Melbourne, Sydney, and Brisbane throughout April.


A vibrant slice of street gospel, classic rap drums, and his stirring trademark vocal delivery, ‘A.O.K’ is an inspiring modern-day anthem reflective of changes in Adrian’s outlook on life after conquering his own demons through the power of music, dignity and mindfulness.