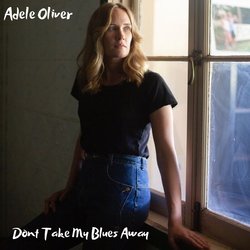 Adele has been playing around Broome consistently since mid 2018 after returning home to the Kimberley from time in Perth. Since moving home she's played a number of gigs, and had some very memorable experiences and opportunities.

Finishing 2018, Adele took to the stage with Patrick Davies at the Pigram Bothers' New Years Eve party which was a very special end to the year.

Adele also played on the 2019 Saltwater Music Festival all female Line-up at the Broome Convention Centre.

In July this year, she was given a place on the 2019 APRA AMCOS 'Women in Music Mentorship Program' where she would be supported through her first release by prominent Broome musician Tanya Ransom.

From this opportunity Adele has recorded her first single titled 'Don't Take My Blues Away' to be released on digital platforms and public radio in October 2019.


The song is written to describe the feeling of looking outside to a beautiful sunny day, feeling as though your mood should match the weather but instead sinking into the melancholic sadness inside that would better suit a rainy day.