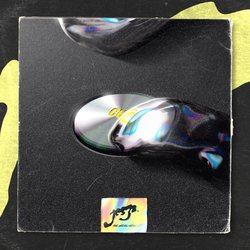 Katz' debut single ‘Stars’, garnered national rotation across all major Australian radio stations, MTV and Channel V. ‘Stars’ reached #8 on the UK club charts. His sophomore release, 'Only You' took out 2nd place in the International Songwriting Competition, and his recent single, ‘Let Me Love You’ was added to coveted New Music Friday Spotify playlists throughout Europe and has already amassed over 550,000 streams.

Katz says, “If you come and see me perform, I’ll dedicate an entire minute to freestyle about you!”

JESZA:
French producer Jesza combines experimental, industrial and fierce electronic samples and synths on his debut EP, Club Distortion. Club Distortion consists of 3 tracks from Jesza, including an amazing feat. with Australian artist Adam Katz. Each piece merges wild themes with dirty synths and samples, that are reworked brilliantly by the heatseeking producer.

This one is for the clubs, electronic, indie and dance radio.