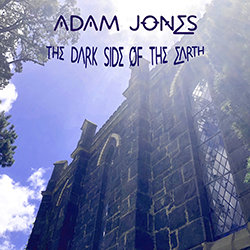 Adam released an album of 12 diverse songs in 2017 called ‘Little Death’, and then an acoustic version of that album a year later. His catchy and interesting songs traverse many styles such as folk-rock, blues, alt-country and Australiana.

In November 2018 Adam started recording some new material at a local studio in Flowerdale, Victoria. Those sessions finally wrapped up at the end of August and became Adam’s new album ‘The Dark Side of The Earth’. Two early singles from these sessions: ‘Cupid’ and ‘Shining Car’, were well-received by radio, social media and local fans.

The drummer and bass guitarist who recorded on the new album have joined Adam’s live shows, as he continues to perform solo around Melbourne and occasionally other parts of Australia.


Starting with just voice and guitar, but once the drum track kicks in this tune holds your interest and keeps on surprising right till the end.

Other tracks by Adam Jones: The Dark Side Of The Earth  -  Quit While I'm Behind
%