Adam Eaton - You And I And Us - Internet Download 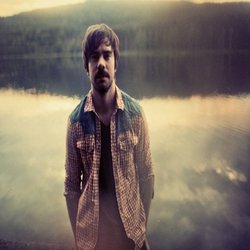 Hailing from Melbourne, Australia Adam Eaton is a singer/songwriter troubadour most recently based in Norway, who is heading back to Australia with an armful of beautiful songs just bursting for release.
Arriving in Norway in 2010, Adam fell in the love with the country and the people so soon settled in to start work on his solo project with the help of some talented Norwegian musicians that gravitated to his atmospheric, country/folk infused songs and tender vocal style.

In July 2011 Adam and his Norwegian band mates headed to a little island off the west coast of Norway to record his Debut EP. Adam and his band recorded live in the stunning surrounds, the recordings have now best been described as blending alternative country with modern folk and pop.

The EP was mixed & mastered in Melbourne by trusted friend Roger Bergodaz and mastering by Adam Dempsey (CW Stoneking, Jordie Lane). Finally the EP titled “You and I and Us” will be released early 2012 with the first single off the EP “All Mine” already getting radio play on Triple J Unearthed.

Other tracks by Adam Eaton: All Mine  -  You Alone
%