Adam Eaton - Walk Out and Lose 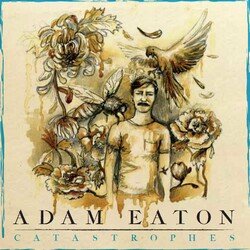 Melbourne’s Adam Eaton is a Singer/Songwriter troubadour most recently based in Norway. Adam recorded his debut EP ‘You And I and Us’ in July 2011 off the west coast of Norway, it was produced by Adam and mixed by Roger Bergodaz back in Melbourne and released in 2012. The recordings have been described as blending alternative country with modern folk and pop.

Whilst in Norway, Adam began writing for what would become his debut album “Catastrophes”. From working previously with Roger Bergodaz (Tex Perkins, Kim Deal, Jordie Lane), Adam felt confident that he and Shane O’Reilly together would be the perfect choice to produce and record “Catastrophes” recorded in Australia at Tendertrap Studios in Northcote late 2012.

The first single off ‘Catastrophes’, the catchy track ‘Wait Out’, was launched in May with a quirky, multi layered video, produced by Max Rawicz.

Catastrophes is a collection of eclectic songs, with soft and tender vocals leading into raunchy guitar riffs and sonic surprises. Eaton seamlessly switches between poignancy, whimsy and melancholia with this, a successful introduction to a new voice of this genre. Eaton shows that he has a lot of potential, all wrapped in these 10 songs of bittersweet beauty.


With a slow, pleading pace this track is about breaking up and loosing what you had.

Other tracks by Adam Eaton: Wait Out  -  Take You To The Ocean
%