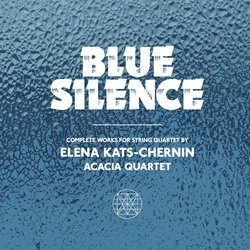 The Acacia Quartet, formed in 2010, is comprised Lisa Stewart and Myee Clohessy (violins), Stefan Duwe (viola) and Anna Martin-Scrase (cello). In the few years since their formation, they have performed in Brisbane, Armidale, Melbourne, and extensively in Sydney. Elena Kats-Chernin, Australia’s most well-known contemporary composer, invited Acacia to record her complete work for string quartet which resulted in the double CD ”Blue Silence,” recorded under the label Vexations840. The CD was recognized as CD of the week on ABC Classic FM and “Russian Rag” from Blue Silence is currently featured in Guy Noble’s in-flight Qantas program. Acacia also collaborated with Jane Sheldon on her CD “North + South, Ten Folk Songs” and has worked extensively with Lyle Chan, premiering a number of his works. Acacia is presently recording Chan’s AIDS Memoir which will be released in 2014. Acacia Quartet is a finalist for the “Award of Excellence by an Organisation” for the 2013 APRA/AMCOS art Music Awards for their recording Blue Silence.


Elena Kats-Chernin has written for the string quartet since the beginning of her career and her early quartets are edged with dark satire. Grotesk was written for the for the German theatre piece ‘Return’ and is propelled by a fast
blues bass line.