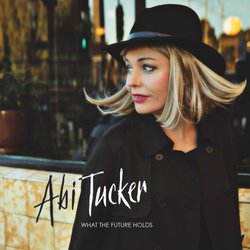 Abi Tucker has cemented herself as one of the most well known and loved actors on Australian screens for roles in Heartbreak High, Wildside, The Secret Life of Us and McLeod’s Daughters and ABC’s Play School.

Abi has written and performed songs on the soundtracks for Heartbreak High, The Secret Life of Us and McLeod’s Daughters, which featured songs from her second album, One December Moon, as well as for the film soundtracks for Angst and with Brett Aplin for Surviving Georgia.

With a voice that won her the Final of Australia's talent quest, New Faces to the voice that performed alongside the legendary Tim Finn (Split Enz) in The Fiery Maze, Guy Pearce in the Melbourne Theatre Company production of Poor Boy, Melanie Sakfa for her Woodstock - Living Legends tour throughout Germany, Julian Curwin as the Falling Seeds, The Alpine Stars, The Pound System and The Wicked Beat Sound System, Abi has released two solo albums on which she has also written, programmed, collaborated and co-produced tracks.


"I wrote 'What the Future Holds' after an argument with my partner. It is meant to be funny, a bit tongue in cheek. Like the Pogues 'Fairytale in New York', or Nick Cave's 'Jack the Ripper' - "Kind of insulting a loving way.”