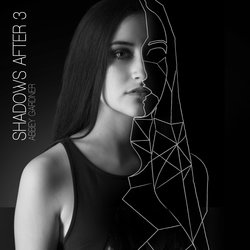 Abbey Gardner is a vibrant and talented singer/songwriter and musician. Having listened to a wide range of music, Abbey's music style is always evolving, but could be best described as alternative indie pop.
Abbey has written a large repertoire of original songs, many which have had success in national songwriting competitions - with her most recent success being named "Songwriter of the Year" for Songsalive Australia 2015.
Having also had vast experience in live performance, Abbey keeps audiences captivated with her stage presence and musical skill. Abbey enjoys using a loop pedal to enhance her performance - layering guitar tracks, percussion, and vocal harmonies.
In June 2016, Abbey was selected as a youth ambassador to represent JAM4AWARENESS - a project aimed at raising awareness of social issues to young people, using music as a medium to communicate. This project is supported by the Australian Rugby League, NSW Police, and some of Australia's highest profile artists, including Delta Goodrem. Diesel, and Missy Higgins.

​Abbey's love of performing and sharing her music with others keeps her motivated to continue writing. Look out for her recently released debut EP "Shadows After 3".


"The Playground" is a catchy pop song highlighting the need for tougher gun laws in America.