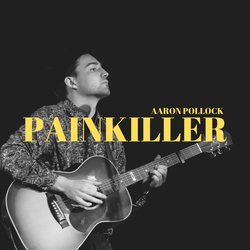 At only twenty-two years old, Pollock will be representing Melbourne and our home country at the 2020 International Blues Challenge in Memphis.

He has already released three studio albums and has travelled and toured extensively throughout his career, rapidly starting to build a following of passionate blues and folk fans.

His voice and playing are reminiscent of 1930s Blues singers such as Robert Johnson and Blind Willie Mctell, yet Aaron captivates his audiences with honest and electric songwriting to mould an unstoppable and unique stage talent.

Aaron Pollock really is an artist you cannot miss in the coming months, as his fascinating persona and musical career have well and truly come to life in Australia.

In 2019, Aaron Pollock released ‘The Blues Tapes’, peaking at #4 on Australias Blues and Roots Charts. Two singles ’Sweet Home Chicago’ and ‘Love In Vain’ charted respectively at #2 and #3.


Aaron Pollock, the 2019 Melbourne Blues Challenge winner has released a new single to promote his win and his chance to travel to Memphis and represent Melbourne and Australias Blues scene.

'Painkiller' is a delta blues style tale of love, lust and loss.
Written and recorded by Aaron Pollock.