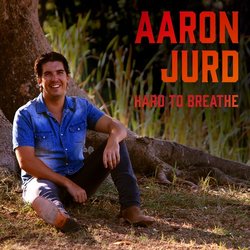 The talented artist graduated from the 2018 CMAA Academy of Country Music in January and, with his fellow graduates, performed at the Official Opening Concert of the Tamworth Country Music Festival and at the 2018 Golden Guitar Awards with O’Shea. During The Academy, he worked with Amber Lawrence, Fanny Lumsden, Kasey Chambers, and Kevin Bennett. Aaron also co-wrote a song with seven-time Golden Guitar winner Allan Caswell.

With his strong vocal abilities, 2013 and 2014 saw Aaron named a finalist in Today's Country 94one Brand New Star Competition.

Although largely influenced by his parents’ taste in popular rock music up until the age of 16, it was when he heard Brad Paisley on CMC that his future musical path was set.

With the release of Set Me On Fire and Hard To Breathe, Aaron is making his mark on the Australian country music industry with plans to release more original material to further cement his place in the genre.


Hard To Breathe is an upbeat track that reminisces about all those feelings that come with new love and takes listeners back to that first kiss that takes your breath away. With its roots in country and branches edging slightly towards pop, this song makes you feel like dancing and will have you singing along, long after the final note.