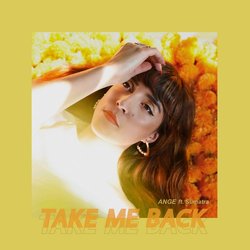 Direct from Barcelona, via Sydney’s underground RnB scene, Angela Paez known as ANGE is a neo-soul singer-songwriter and emerging producer blending low-key electronic and pop. Drawing comparisons to NAO and KIMBRA with mid 90s influences, ANGE is best known for her captivating vocals and left of centre melodies.

Her debut single "Cuando Va A Acabar" came out last November premiering on Purple Sneakers. The song peaked at #1 in the R&B/Soul iTunes charts in Sweden and reached #1 in the SoulSpain Top10 list. It also had support from FBI Radio and 4ZZZ, reaching radios in Spain and Italy too.

Her most recent single "Like I'm Crazy" featured in Life Without Andy and was played on FBI Radio, Triple J and MTV Australia among others.

ANGE moved to Sydney in 2015 after a year on exchange in Sydney and decided to focus on her music career. She got her hands into production and started experimenting, crafting her influences into a sound of her own.

In the past two years, she has been very involved in the music community and has worked alongside engineer Simon Cohen (Justin Bieber) and Universal Music producer, Liam Quinn (Guy Sebastian) among others local artists.


Take Me Back is a smooth r&b song that combines the Spanish and English language. The song talks about the type of connection with someone that makes you want to get lost in time and forget everything else. Take Me Back is about realising your own emotions and being present in the moment.