ANGE - Cuando Va A Acabar (When Will It End) - Internet Download 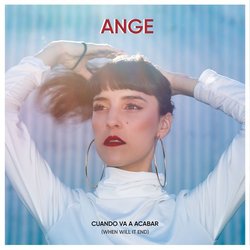 Raised on her Dad’s eclectic vinyl collection, ANGE began making music in her teens, incorporating influences from Stevie Wonder to Beyoncé. After moving to Sydney in 2012 she got her hands into production and started experimenting with new beats and sounds, crafting her influences into a sound all her own.

Upon arriving in Sydney to finish University and after many years of performing in the music scene in Barcelona, ANGE quickly fell in love with the local independent music community. Soon she started collaborating with various artists and producers including engineer Simon Cohen (Justin Bieber, Will.i.am) and Universal Music publishing producer, Liam Quinn (Guy Sebastian, Katy Steele) as well as gigging regularly through out the Inner West, cementing herself in the underground RnB scene.


Oozing with delectable beats and shimmered with lush vocals,‘Cuando Va A Acabar’ (meaning “When Will It End” in Spanish) is raw and personal; a moody infectious song that combines Spanish and English building a bridge between genres and cultures. The single is a wakeup call to not settle with what’s not right, touching on anger with a glimpse of hope.