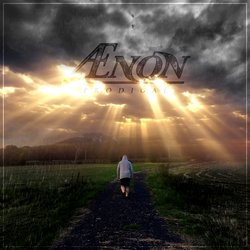 Sydney-based Ænon have announced April 20th, 2018 as the upcoming release date for their debut single, “Prodigal”. A melodic metal and hardcore band, Ænon previously performed as Burial At Sea, releasing an EP titled “Unforsaken” in November 2016. They won an invitation to play the opening slot at Borkfest ’16 after triumphing at a Battle of the Bands at Drone, in Newcastle.

As Ænon, their first performance was in early 2018 in Canberra at The Basement.
Ænon are Andrew Wakem, the lead vocalist, Brendan Mari and Luke Denniss on guitar, Tristan Fairall on bass, Karmen Fairall playing keys and on vocals, and Thom Werlemann – drummer and vocals.

For fans who dig into the music and lyrics, they discover that the band’s powerful and emotional songwriting deals with themes such as mental health, oppression, war, forgiveness and faith. Following their first show at Canberra’s The Basement, the highlight of Ænon’s musical career has been re-establishing themselves with new vision and focus, and travelling to their first interstate show in Brisbane.


“Prodigal” starts off with the haunting sound of keys, which are joined by an urgent beat and a pounding drumroll, with guttural vocals accompanied by driving guitar riffs. The song takes a more restrained turn, with male and female vocals working in tandem, in contrast, culminating in a unique duet.