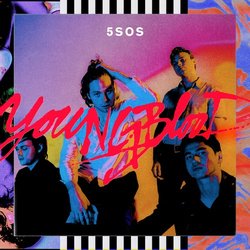 What do you do when you’ve achieved dreams you didn’t even realize you had? Start over. That’s exactly what the members of 5 Seconds of Summer did with the creation of their bold new album, 'Youngblood', to be released June 22nd on Capitol Records, and its hit lead single “Want You Back,” which debuted at #1 on iTunes in over 18 countries and has already amassed over 55 million streams worldwide.

“Growing up is what we had to do on Youngblood,” Hemmings says. “Seven years as a band may seem like a long time, but we were teenagers when we started... We were hungrier than even on our first album. We had to be ready not to make just another 5 Seconds of Summer record: we had to be prepared to make this one.”